Aum or Om is a Sanskrit mantra and the base sound of the universe. In the yogic culture, the entire universe is seen as a web of sounds. The three root or fundamental sounds are “Aa”, “Uu” and “Mm”. If these are combined, the tone “Aum” is created. According to the Vedic creation story, the earth, the universe, even creation itself, came into being from the vibration of sound.

AUM – Three Tones and the Silence

But isn’t it called OM?

No. OM was created by the distorted translation of Sanskrit. Sanskrit is a highly mathematical language, where the pronunciation is the main issue, not the characters. Therefore Sanskrit is only taught orally. So if you translate the writing, you get OM. BUT: the Sanskrit O is a diphthong of A and U. So it is pronounced correctly as A U M. Unfortunately this mistake is very widespread. It will probably take some time until this error is eradicated.

The physical effect of Aum

If you sing AUM, you can bring your whole body back into balance. People who suffer from poor sleep, mental restlessness, nightmares, a weak body and frequent illness can find their balance by daily AUM chanting. Every single tone has an effect on a different physical region. Each tone activates a specific level of your energy body. When we connect these three tones, we activate our entire energy system. You can also feel this through mindful AUM chanting.

A – Abdominal region, especially around the navel
U – Chest
M – Head

The importance of Aum

Aum stands for the divine, the supreme soul, God. It designates the realm of the visible and the realm of the invisible. In addition, the meaning of the Trinity (Trimurti) is attributed to each individual tones: 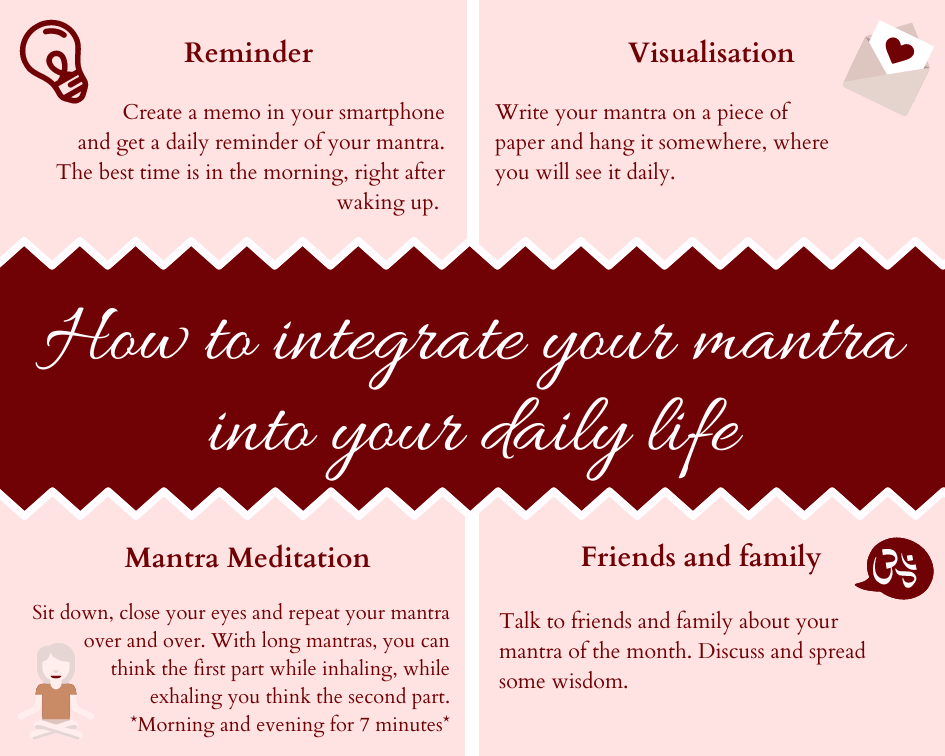 2 thoughts on “Mantra of the month: AUM”

Join our tribe and get the guide for FREE!

Hi, I am Leni and I think it is time to look inward and ask the big questions. I offer shamanic healing sessions, private coaching and unforgettable events. Learn more about me and my path here.